Greetings Church!  Praying for you as you continue to open your hearts up honestly before the Lord this Advent.  This morning we had the joy of having Adam from Wagner Hills Farm join us for our gathering.  He shared with us the incredible things God is doing at Wagner Hills, and also the great need they are experiencing there in this season.  In response I shared a short message on Gospel Generosity reflecting on 2 Corinthians 8-9.  If you'd missed it and would like to listen in you can do that here.

In Luke 1 we find what has been referred to as the Magnificat.  It is Mary's song of worship in response to the angels announcement of Christ's conception.  Part way through the song she celebrates that God has:

"filled the hungry with good things, and the rich he has sent away empty" Luke 1.53

Jesus coming turned much on its head, and his coming in our lives continues to do just that.  His advent was an incredible display of the generous heart of God toward us.  Having been so radically touched by the gospel, it only makes sense that those who follow in Jesus foot steps would reflect the one who:

"though he was rich, yet for your sake he became poor, so that you by his poverty might become rich." 2 Corinthians 8.9

The bible teaches us that there are marks of God's people, and that one of them is charity.  In advent we choose to practice this virtue and pray that it would grow deeper in us.  Charity is the fruit of the gospel at work in us... the natural outflow of lives that know the steadfast charity of God toward us.  The word and idea of charity has lost much of its meaning in our current day, and I wanted to share these helpful words from C.S. Lewis' Mere Christianity to help us understand what it is that we're seeking to know when we seek to be charitable.

"First, as to the meaning of the word. 'Charity' now means simply what used to be called 'alms' - that is, giving to the poor.  Originally it had a much wider meaning.  (You can see how it got the modern sense.  If a man had 'charity,' giving to the poor is on of the most obvious things he does, and so people came to talk as if that were the whole of charity.  In the same way, 'rhyme' is the most obvious thing about poetry, and so people come to mean by 'poetry' simply rhyme and nothing more.) Charity means 'Love, in the Christian sense'. But love, is a state not of the feelings but of the will; that sate of the will which we have naturally about ourselves, and must learn to have about other people." C.S. Lewis - Mere Christianity Book 3 Chapter 9

Charity means love, and it is very closely connected to the great commandments to love God and to love our neighbours.  I am praying that this Advent God would expand our capacity of charity.  Praying that we would more and more reflect the beauty of our God who gave himself for us and continues to give himself to us in his advent (coming). Amen 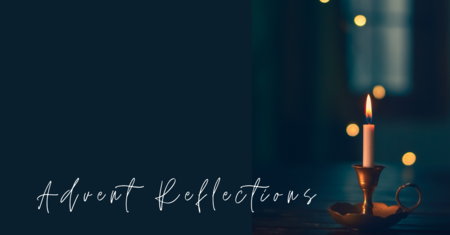 "...and you shall call His name Jesus"
Advent 2020 Reflections
Matthew 1

Subscribe to receive email updates with the latest news.